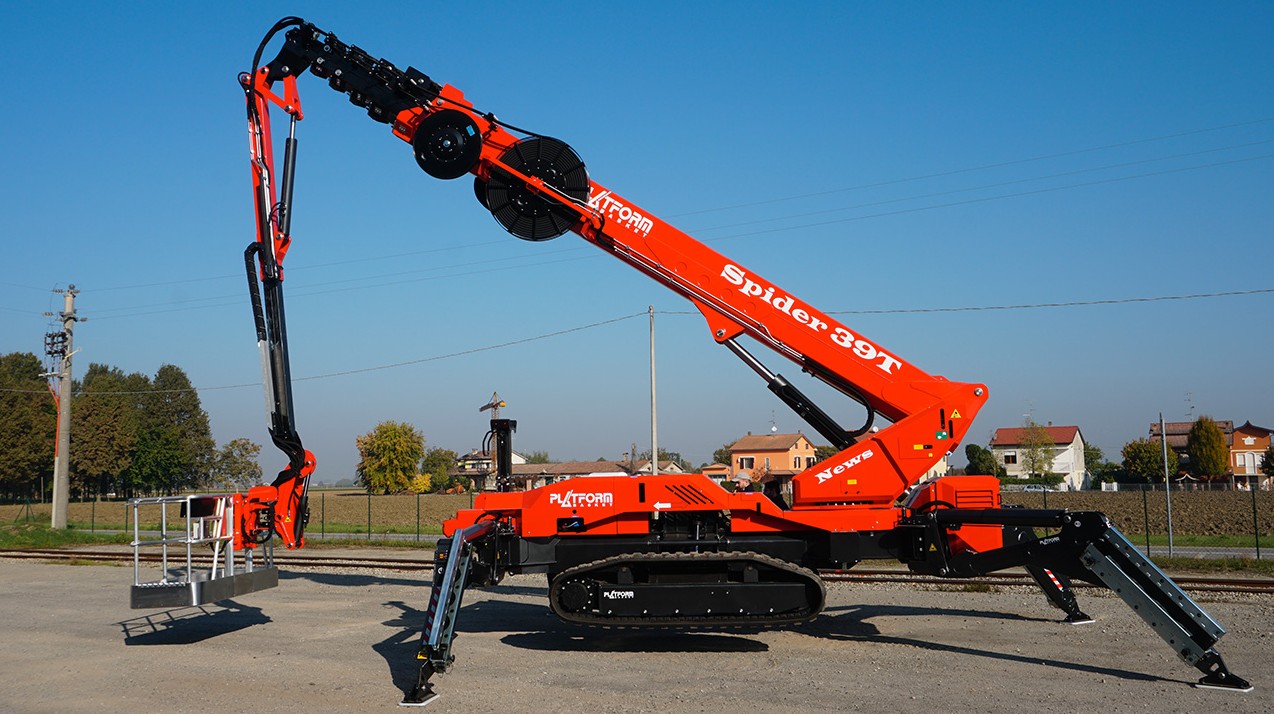 The Spider 39T was created on the back of the enormous success achieved by its “big brother” Spider 43T, launched 2 years ago: like the 43-metre platform, it is a telescopic boom and jib model. Platform Basket opted to design a new platform inspired by a recent, highly successful model to allow hire companies to have similar equipment within their fleet, resulting in a streamlining of both the training necessary to operate them and of the assistance for the platforms themselves.Just like the rest of Platform Basket’s Spider range of tracked self-propelled platforms in the 12- to 43-metre range, the Spider 39T is equipped with extendible crawler tracks and simple and intuitive controls. This aerial platform is incredibly stable and, at the same time, easily transportable. These characteristics plus a compact size that allows its use in narrow spaces, make it a good choice for those involved in jobs like tree trimming and pruning, maintenance work, painting and/or any other work at a height that is hard to reach with a normal platform.

Thanks to the rubber tracks, this aerial platform can move easily in confined spaces or hard-to-reach points. In addition, sturdy stabilisers make aerial work extremely stable and safe. The working height of the Spider 39T platform makes it particularly well suited for telecommunications and electrification. The new model offers very similar technical characteristics of use and lifting capacity. Just as important and noteworthy is the care for the environment that has always applied to Platform Basket equipment. This is reflected in the use of combustion engines which conform to the latest emissions legislation, and above all the equipping of Lithium-ion power batteries, which allow the platforms to be used in any environmental situation and are totally free from harmful emissions. All new projects developed by Platform Basket now also allow the use of lifting winches, rendering the equipment more versatile to use. Platform Basket as a company created a small interchangeable winch with basket with a Plug & Play approach: in just a few minutes the platform can be converted into a radio-controlled hoist for moving light loads. 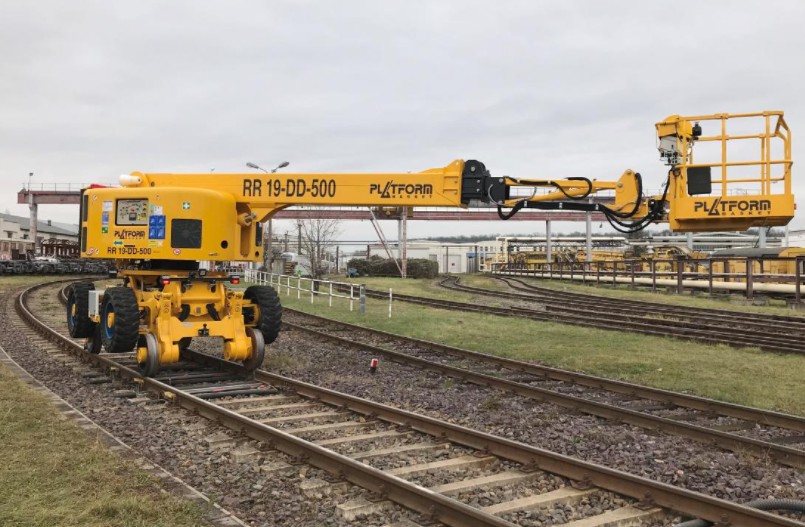 Platform Basket has introduced an all new road/rail mounted self-propelled telescopic boom lift, the RR19/500, with a working height of 19 metres and a maximum platform capacity of 500kg.
The new boom features a three section boom with internal hoses and cables, topped by an articulating jib. It is a big brother to the 14 metre RR14/400 with similar features such as Euro V diesel power, auxiliary engine, independent hydrostatic transmission, four wheel drive for both road and rail wheels, four wheel steer, oscillating axles and automatic superstructure levelling to allow work on tracks with up to 200mm of cant. Slew is 360 degrees – 180 degrees either side – with a maximum travel speed of 19kph when stowed.
The new lift already has CE/ EN280 certification and is in the final stages of gaining German Railways approval which will be followed by other EU and non-EU approvals. The German railways approval process not only includes a complete check of the functional, safety and stability performance of the machine, but also an intensive and severe rail track test carried out by an approved third party notified body. It has already passed the simulated static and dynamic testing under the worst track conditions possible in the most challenging stability positions.
The new machines provides the Italian manufacturer with a modern, three model railway platform line-up, with the nine metre/200kg tracked RR9/200 and the 14 metre/400kg RR14/400. As a result Platform Basket is forming a specific railway division to produce specific aerial work equipment to solve general railway maintenance problems.